Women in tech – the original pioneers 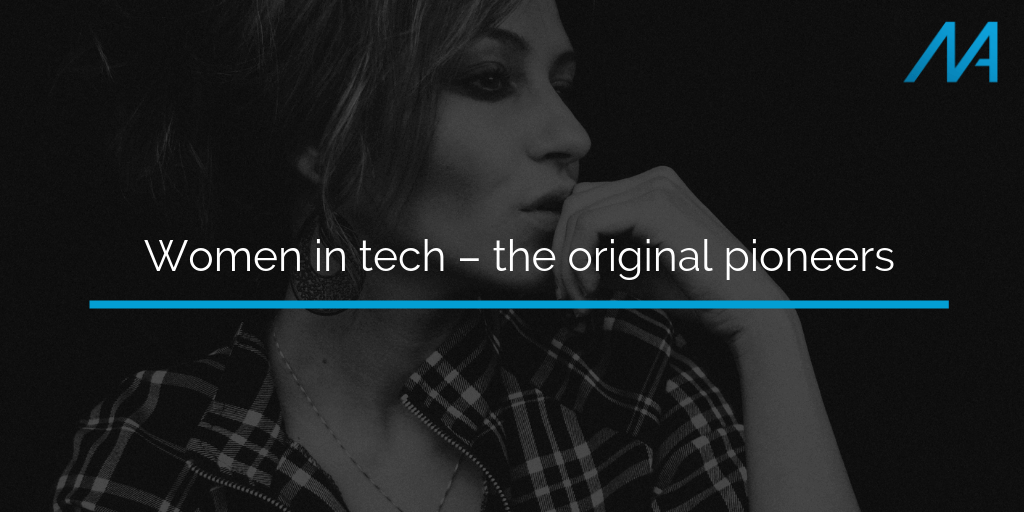 International Women’s Day is finally upon us – a day designed to draw attention to the masses of women overlooked throughout their careers and lives while we progress with gender parity. So, as an IT and technology recruiter, what better way to honour those who came before than with a look at the women in the industry paving the way for others?

Today, we’re seeing a sector-wide skills shortage. Concerningly, in recent years, just one in four computing roles across the world are held by women. 88% of technology patents between 1980 and 2010 are held by male-only teams. Thankfully, at Montreal Associates, we can boast about our gender equality across all levels of the business… but others may need a little reminding about who really started computing off.

Of course, no IT-themed history list would be complete without the inclusion of Ada Lovelace – ‘the first computer programmer’, who developed an algorithm for the world’s first modern computer - the Analytical Engine.

Today, Lovelace has a programming language named after her for her efforts – Ada. Designed to supersede over 450 languages in use by the US Department of Defence at the time, the language, much like its forebear, was the foundation for C++, Java and Ruby.

Admiral Grace Hopper of the United States Navy also claims the mantle of one of the first programmers in the history of computing. Hopper, in fact, was instrumental in the creation of COBOL – an early, wide scale, programming language. She is credited with the creation of the “if/then” structure, moving the industry away from a series of binary digits.

Hopper is also famed for one of her quotes: “a ship in port is safe; but that is not what ships are built for”. Earning her PhD in mathematics and later joining the US navy, she truly epitomised the sentiment.

Immortalised as one of the Bletchley Park Codebreakers, Joan Clarke’s work during World War 2 with Alan Turing was instrumental in bringing the conflict to an early close. Clarke began working at Bletchley on exclusively clerical tasks, later rising to become the Deputy Head of ‘Hut 8’ – breaking codes in real time.

In a male dominated environment where the possibility of a female operating as a codebreaker (cryptanalyst) was nil, Clarke was technically hired as a linguist. On her employment forms, she wrote “Grade: linguist. Languages: none.”

Whilst few in number, there are some existing records of sarcasm with such bite. Unfortunately, unlike Hopper and Lovelace, Clarke cannot be credited with creating a language of her own… just perfecting it.

Margaret Hamilton – one of the foundations behind the US voyage to the moon. Hamilton, then the Director of MIT’s Software Engineering Division, was pivotal in developing the flight software for the Apollo space program.

Widely cited as one of the founders of software a full decade before Microsoft came into being, Hamilton confirmed: “When I first got into it, nobody knew what it was that we were doing. It was like the Wild West. There was no course in it. They didn’t teach it”.

One of the founding members of Cisco, Sandra Lerner, presents a more modern example of a woman changing the IT world… despite later being forced out by the board of directors. Lerner and her partner successfully built a system designed to send emails between campus offices – pioneering the LAN system.

On leaving, Lerner found herself with $200m and an axe to grind with the ‘Barbie doll’ image. She founded Urban Decay – designed to satisfy alternative makeup tastes.

Today, we’re starting to see the pendulum swing back towards equality in the IT and tech industries – but more can, and should, be done until we get to that point. There’s no clear reason for such a gender mismatch in this industry, and it’s one borne a “men only” reputation that is evidently unjustified.