Skin in the game: SAP’s roadmap for AI investment 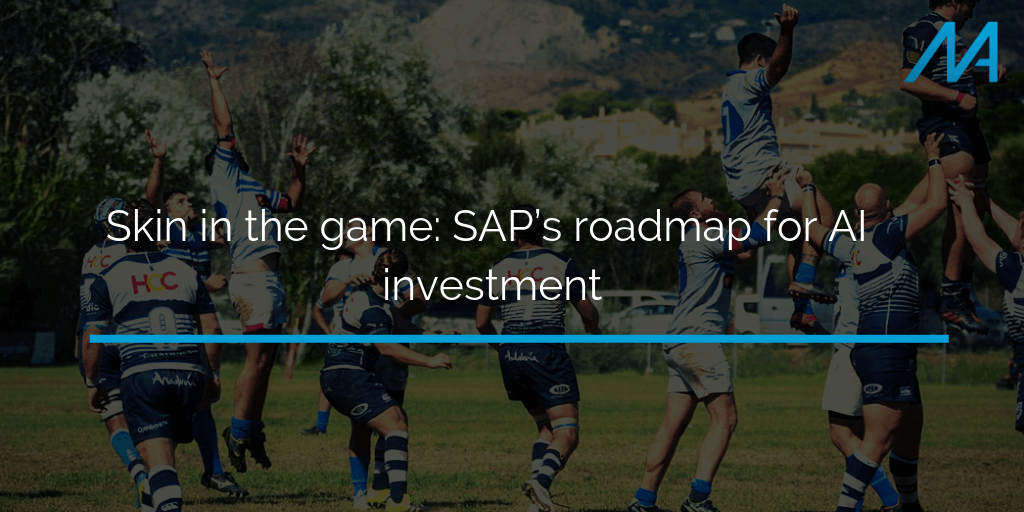 Innovation is one of today’s buzzwords… to most people, it stays as just that – a word. To some, it’s a calling that is rarely met. To an even more select group, it’s something that’s actually achieved. The difference between the former two and the latter is simple. It all comes down to funding.

Globally, the Artificial Intelligence market is set to be worth almost $60bn by 2025 – up from just over $1bn in 2016… a near 6000% increase in value. To many, it symbolises the next stage of human development – Industry 4.0. Currently, however, AI development is limited by the political structure of the countries in which it operates. The two current leaders in AI development, the USA and China, each see either their private or public sector take the lead.

So where does this leave Europe? Just a short time ago, the answer to this question would have been “out of the running”. With President Macron’s commitment to turn France into an innovation hub, however, cracks began to form in that belief. With SAP’s announcement of huge investment into AI, that belief shattered.

Today, bringing Europe back into the AI development game, innovation giant SAP (Systems, Applications and Products) has committed to a vast range of AI advances. The company announced that it would be funding “at least 10 Artificial Intelligence start-ups every year”. This, through $35m initial seed investment and its SAP.iO Foundry based in Berlin.

This outward investment, however, is by no means the entire story. SAP has now committed to more than €2bn of investment into France over the next five years. In addition, the giant has also confirmed €150m annual R&D investment, aimed at developing machine learning, blockchain, IoT (Internet of Things) and SaaS (Software-as-a-Service).

Speaking on the SAP.IO development, Alexa Gorman, Global Vice-President of SAP.iO confirmed that: “We are looking at enterprise applications from start-ups that are founded around a year ago. By restricting our focus, we can add value in terms of marketing assistance and mentorship for these start-ups.”

Speaking after a meeting with French President Emmanuel Macron, Bill McDermott, CEO of SAP advised that: “There is a real sense of economic momentum in France. President Macron’s bold embrace of the digital world will help France rise to an enviable position as a global innovation leader. We see immense potential in the entrepreneurial spirit of France to disrupt business models, create modern jobs and unleash exciting new opportunities that help the world run better.”

Putting its money where its mouth is, SAP has also now acquired Recast.AI for an undisclosed sum – a significant upset as the firm was originally a part of Microsoft’s AI incubation program at Station F. The aim of which is to “enhance the natural language processing capabilities in [SAP] solutions, with the aim of having applications speak to SAP software users in a conversational user experience.”

So, what makes these companies special? In the business world, no organisation will be willing to drop this kind of money with no possibility of a return on investment, no matter the wider benefit. Announced alongside the news, SAP confirmed that these start-ups will have a special focus on global impact. Namely, sustainability and climate change.

On news that the US has now experienced 15 separate billion-dollar disasters in 2017, one start-up in SAP.iO has developed a new financing program to help small businesses get back on their feet more quickly.

Whilst we can only speculate at the long-term implications of this strong AI investment from SAP, three things are certain today. Firstly, that AI is undoubtedly the future of business. Second, that the French economy is set to benefit. Third, that Macron has chosen a very good time to run on a policy of tech and innovation investment.