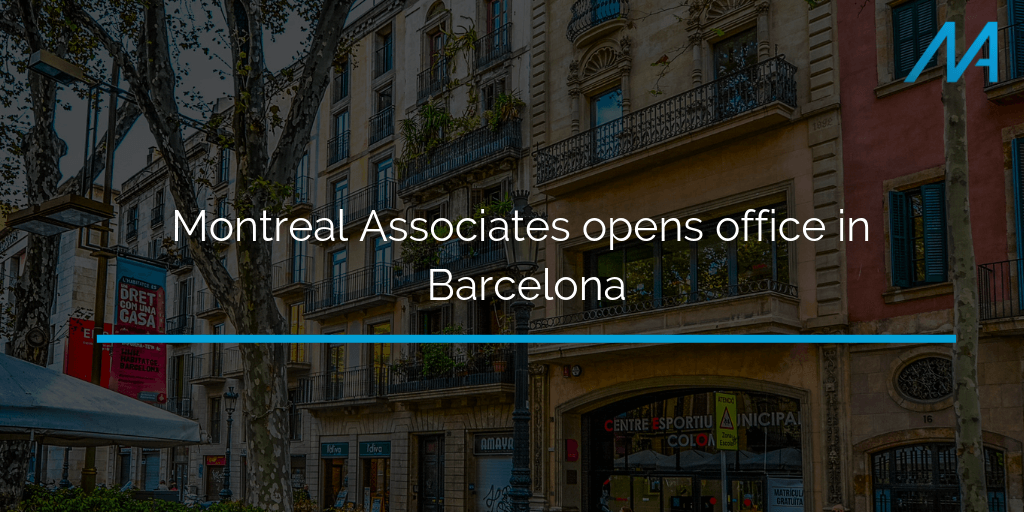 Montreal Associates has opened an office in Barcelona. The move is part of the company’s continued expansion across the continent and will complement its Frankfurt office, which opened 12 months ago.

Montreal Associates, which has its headquarters at St Katherine’s Dock in London, has seen 25% year-on-year growth for each of the last three years. Much of this growth has been concentrated in the German and French tech markets, with the Catalan capital rapidly becoming the one of the most importance tech hubs in Europe.

Anthony Blomet, sales director at Montreal Associates of Barcelona, said, “Investment within tech has been rising sharply over the last few years. This is no surprise given the pace at which digital transformation projects have been rolled out across Europe. But the difference is the deployment of this investment.

“London has long been the tech capital of Europe, and it will remain so for some time. However, the UK’s decision to leave the EU is creating opportunities for other cities to position themselves as an alternative destination of choice – Barcelona being one of them.”

Montreal Associates already has a strong presence in the French and increasingly within the German tech markets. The company, which was formed in 1978, established its first overseas base in Frankfurt a year ago and has already doubled its headcount following continued growth in demand. Whilst London’s role as the dominant player in this space will continue for the foreseeable future, its attractiveness as the destination of choice for investors is beginning to wane in favour of innovation hubs elsewhere.

Blomet added, “Barcelona has many of the ingredients that make it a top tech start-up and innovation centre.

“Compared to other European centres like London or Paris, Barcelona is both affordable in terms of rates and salaries are lower too. This makes it a better location for both home-grown and international companies looking for a base from which they can scale. Young professionals seek it out because of the climate, culture, diversity and easy access to the rest of Europe from its international airport.

“But it’s not just the lower overheads that make this a tech hot spot. A key advantage has been Barcelona’s ability to leverage its Spanish-speaking background. This gives it an edge over its European rivals and enables it to tap into the phenomenal potential presented by the (as yet) relatively untapped Latin American market.

Since we officially opened beginning of November we have been busy and have already hired 6 new staff.

Based in the centre of Barcelona, we are looking at hiring another 14 recruiters before the end of 2018 to help us deliver our clients across Europe on SAP, BI, Big Data & Analytics.”

David Thuillier, MD, explained, “The recession hit Spain harder than most which resulted in 50% youth unemployment, which lasted for some time afterwards. This prompted the country’s government to rethink its core business focus and become more innovative; thereby, creating a wealth of start-up talent particularly in the tech sector.

“The opportunities for tech recruiters in Barcelona are enormous. As the movement of talent between countries becomes more fluid, we expect to see a sharp increase investment in this fast-growth tech hub. This in turn will lead even greater opportunities for ambitious tech professionals.”