How AI is changing the game for recruitment 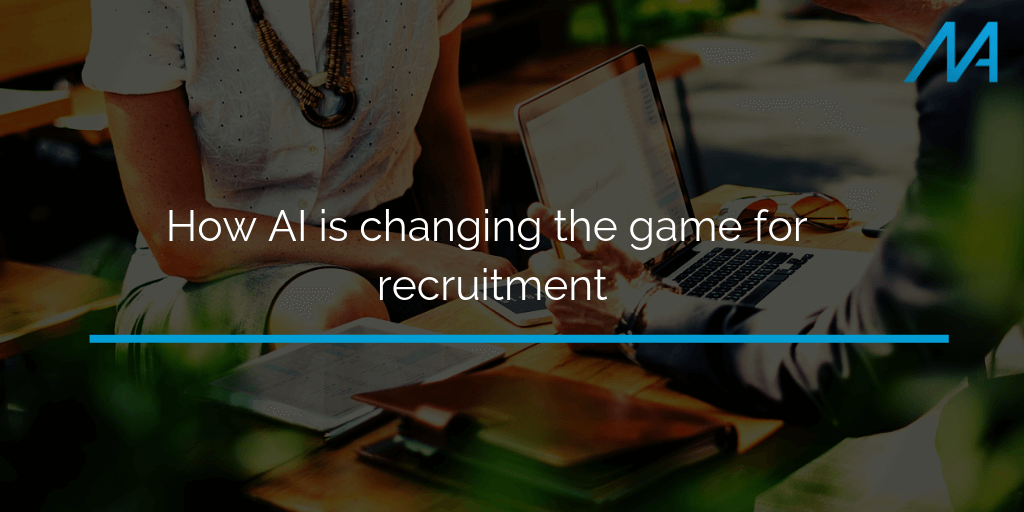 Artificial Intelligence – the buzzword that seems to permeate every aspect of technology design today. Much like the 1980s trend of putting a clock into everything, whether it needed one or not, AI follows the same formula. How many among you are familiar with HelloEgg – the AI-enabled egg-timer?

For better or worse, investment into AI technology continues at a rapid pace – predicted to reach around $60bn in value by 2025. Thankfully, however, the benefits of AI far outweigh the negatives… like HelloEgg.

With recruitment, an industry in dire need of disruption, AI is set to provide the shake-up needed to bring the sector into the next century. One of the biggest problems in the business today is that of unconscious (or even conscious) bias. In short, this means that those in a position with responsibility for hiring will, quite naturally, be influenced by their experiences, background, cultural beliefs and knowledge of stereotypes.

As is the case with ‘unknown unknowns’, despite a range of training, people will gravitate towards those things they know best… it’s just more comfortable. In the recruitment process, this often means that hiring managers will just bring people on board in their own image – leading to stagnant practices, and a lack of agility in dealing with challenges. This is one of the reasons why a diverse workforce is of such vital importance – it allows for a range of perspectives, with staff filling in the information gaps that others will miss.

That’s the problem in recruitment – humans are fallible. As a species, we have evolved to value ‘same’ and to reject ‘other’, and this means that firms can miss out on some truly spectacular talent… despite strategies being put in place to ensure otherwise.

So, where does AI fit in to this mix?

One HR firm, PeopleStrong, is now actively using AI and Machine Learning (AIML) techniques to boost their objectivity when finding new hires. In practice, their AIML system collates and tracks big data from the web and social media, comparing it with that held by the company’s database. By removing the human element of hiring, and through parsing 15m CVs to fill 1.5m jobs, the company hopes to have removed its bias entirely.

Beyond bias, we see solutions for efficiency, effectiveness and alternative employer challenges.

Effectively reducing operational burdens by automating low-level tasks, AI can, in short, free up recruiters time to do what they do best – build relationships and make placements. Currently, the amount of non-billable tasks carried out by recruiters is quite frankly staggering.

Imagine being able to actually maximise the directly billable tasks for each recruiter, instead of them wasting time on removing CVs that should have been caught at the top of the recruiting funnel by the CV parsing system.

Further, with the legwork taken care of by AI, those tasks would in fact be carried out more effectively. With any data held by recruitment firms collated and utilised for big data analytic purposes, trends could then be drawn from historic efforts. From this, predictions could be generated for future activities, meaning resource could be dedicated to the highest-performing or highest billing areas in terms of fund generation per hour worked… instead of just the highest billers.

From the integration of AI and machine learning into recruitment processes, beyond the removal of bias, we see significant potential in terms of maximising effectiveness and boosting profitability. The main areas in which humans fall behind, legwork and operating with zero bias, are areas in which AI excels – despite many claiming that the technology will ‘steal jobs’, it’s far more likely that AI will act as the tools of the next generation… the hammer with which recruiters can really nail that perfect hire.

We’re still a long way off from seeing true artificial intelligence… but until then, machine learning is providing some staggering efficiency gains.