Barcelona : The start-up scene in the catalan capital 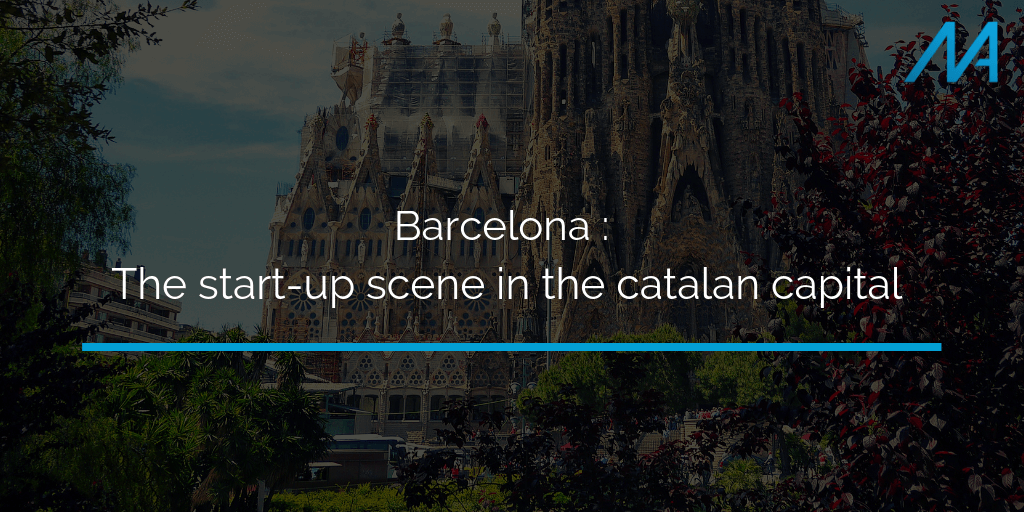 In 2018, the Catalan capital is known predominantly for three things: sun, sea and start-ups. Amidst political turmoil, improved funding and support systems have turned the key in the ignition of the Barcelona start-up scene and launched it into new dimensions. Today, more than 1,200 start-ups call this coastal city home; a diverse collection of dreamers buzzing with new ideas to bring to life. Together, they've helped to place Barcelonan firmly on the map for digital innovation.

Thanks to the contribution of investors, incubators, accelerators, company builders, universities, government agencies, non-profit organisations and of course the brilliant minds of local entrepreneurs, the start-up scene in Barcelona has grown from modest beginnings to become the fifth largest start-up hub in Europe. Last year, Barcelona received 52% of national investments into startups, with local entrepreneurs attracting a total of 477 million euros.

Naturally, the council have played a pivotal role in the development of this thriving ecosystem, transforming the historic but dilapidated Poble Nou neighbourhood into a digital community that would foster growing tech start-ups and encourage collaboration. Since 2000, more than 3,500 businesses have moved to the aptly-named "innovation district" and Poble Nou has witnessed a nearly 25% increase in residents.

Of course, it can't be denied that the networking opportunities generated by the vast range of conferences and events held in Barcelona have had a hand in the recent growth of it's buzzing start-up scene. Alone, the Mobile World Congress attracts close to 100,000 entrepreneurs to the city each year, while 4YFN, Smart City Expo, IOT and Barcelona Games World bring inspiration to budding developers, engineers and designers across the city and beyond.

Barcelona may have lagged behind Europe's top start-up cities for years, but recent investment has helped the city rise through the ranks and secure its place on the global stage. In turn, swathes of Barcelona-based entrepreneurs are starting to challenge international players in their respective industries.

According to recent figures, the mobile app sector accounts for some 55% of the total startups. The list of innovative start-ups in this area is extensive, but a few highlights include Coverfy - a mobile broker service that allows users to access their options for insurance around the world through a free app - and Glovo, an app that promises users a 60-minute delivery service for anything they order in the city: snacks, gifts, market goods and even medicine. Having secured 5 million euros in funding a partnership with Mcdonalds, Glovo have set their sights on Europe-wide expansion.

Right in the hear of Barcelona's city centre, you'll find the office of Hutoma, a talented team of developers who have created a deep neural network that makes learning conversation through a pay-as-you-go chatbot.

As well as transformational business tools and exciting mobile apps, many of the start-ups in the Catalan capital working on groundbreaking developments in biotechnology. Founded in 2015, Made of Genes aims to develop a commercially- viable model that will make affordable genome sequencing widely available while giving individuals total control of how their personal genome data is used.

The list of disruptive Barcelona-based start-ups goes on - suffice to say, you don't have to search hard in the city to find a fresh new business founder challenging the status quo through innovation.

Miquel Marti is the CEO of Barcelona Tech City, a tech startup hub representing over 600 companies. According to Marti, Barcelona's success can be attributed to the "perfect balance between the professional and personal life this vibrant region provides within a fast-growing tech hub".

"We have a pretty good balance between the different assets you need to create a solid ecosystem, the public administration is really helping, with the part of financing and giving you office space to create your company. The public incubators had, and are having, a really big role in developing our ecosystem", says Marti. "And we have sun."

Beautiful weather certainly helps, but it's the entrepreneurial spirit of the Catalonian people that has arguably been the key driver of this unprecedented growth in the start-up scene.