An Expat abroad: the Montreal Associates guide to Barcelona 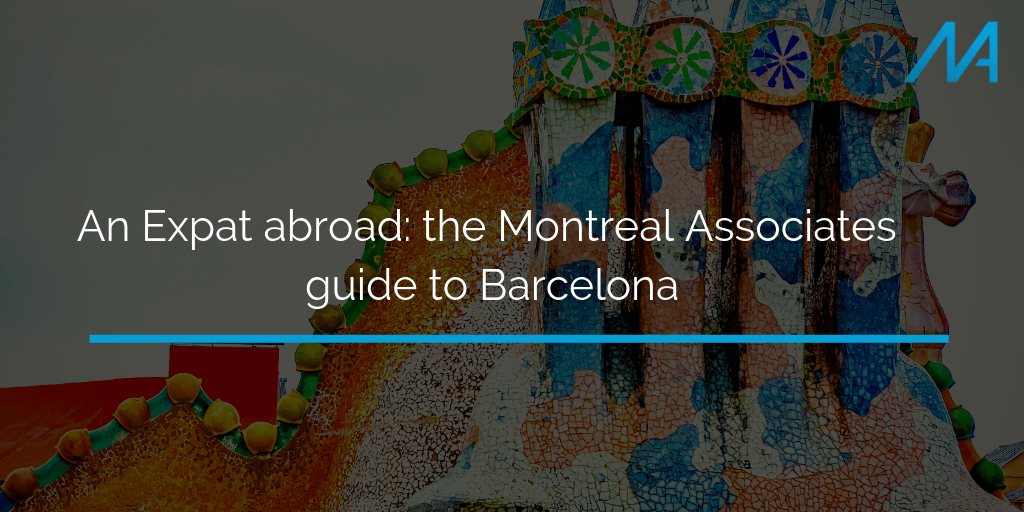 Barcelona is a place steeped in history. As a favoured port of Christopher Columbus, a statue of the explorer was dedicated in 1888. The city is also the only one in existence to have been awarded a Royal Gold Medal for architecture by the Royal Institute of British Architects.

It’s a place known for art, culture and, by extension, tourism. More recently, however, the Catalonian capital is making a name for itself in the tech scene.

Barcelona has now ranked fourth in the world in a ranking of Europe’s biggest start-up and innovation hubs, behind London, Berlin and Paris. A huge achievement, with more than 1,000 tech start-ups calling the city home.

According to a report by Startup Genome, a company which helps locations develop their start-up scenes, “The city has an Ecosystem Value of $6.4 billion dollars - a measure of start-up valuations and exits."

For anyone paying attention, Montreal Associates has now made the (self-sacrificing) decision to open our latest office on their sunny streets… after all, someone’s got to do it.

So, what about the people who (rightly) decide that Barcelona is the best place they can develop their tech careers? We’ve devised our top tips for being an expat abroad:

It’s a simple base to start from, but one of the biggest traps people fall into when they move for business is to treat it like an extended business trip. Barcelona is, objectively, one of the most culturally rich cities in the world. Visit the sights, lounge on the Egyptian-sand beaches… take a week before your new role starts and drink it all in before you become a local.

After all, locals don’t tend to visit the tourist traps with the same wide-eyes as a new arrival.

With the moniker of “fourth best hub for start-ups in the world”, Barcelona is seeing a huge influx of foreign workers. This means that the capital is now approaching similar situations with regards to housing as seen in the top three hubs, London, Paris and Berlin. Take the time to find a place to live – do your research, and make sure you have a place to stay before you move.

Setting yourself up for two weeks in a hotel while you look for somewhere to live wouldn’t work in London – it won’t work here either.

In a pinch, Expats can use sites like WaytoStay.com to book short-term accommodation and, as with most things in life, the more urgent a need is, the more expensive it is. Preparation is key.

Catalonia and Spain have been in a period of political upheaval recently, with the former attempting (and failing) to secure its independence.

As such, it’s a sensitive topic to bring up. Despite this, almost everyone living in Barcelona will have an opinion, and every one of them will believe their views are correct. The simplest solution would be to simply not talk about it, but with many simple solutions, we see simple challenges too.

There’s something of a reputation for Expats abroad – they’re seen as people who don’t integrate and refuse to learn the language. Don’t let this be you. Not only will cutting yourself off limit your ability to make the most of the city, it will limit options in terms of social circles, business opportunities, and a range of other considerations.

If you have little in the way of Spanish language skills, something is better than nothing. Dust off your audio language guide and get a grip on the basics. Expats get points for trying, and once you’re immersed in the culture, learning a language becomes far easier.

Many expats have warned newcomers about the problems with Catalan bureaucracy. Becoming a citizen more resembles the US media depiction of the DMV than anything else. One travel blogger wrote: “I am not familiar with such processes in other countries; I imagine they require the same documentation, application timelines and vial of your blood. But the difference may be the willingness of other nations to complete these tasks in a timely manner.”

Our tip: find an expert, secure their help, and be realistic with your timeframes for anything relating to the local government.

Barcelona is truly a wonderful place to live and work, and with the huge influx of tech start-ups, it’s firmly entrenched as a career destination of choice.