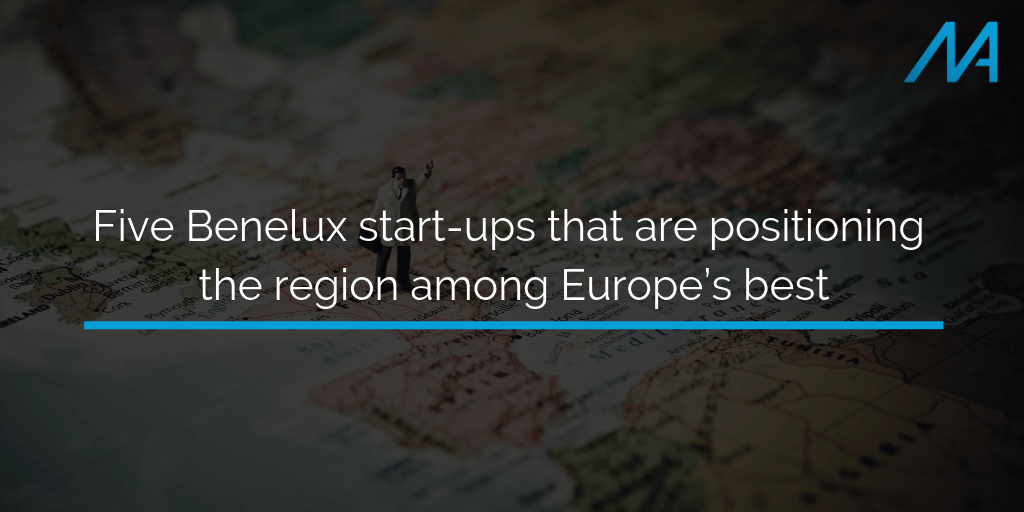 Europe boasts a number of names at the world’s top tech table, with the UK, Germany and the Scandinavian nations among those leading the way in the development of artificial intelligence across the globe and France not too far behind. While London, Berlin and Paris have been busy attracting global attention for their roles in the tech sector, the Benelux region has been quietly working in the background.

Despite being made up of three relatively small nations with a combined population of 28.5 million, Benelux is emerging as one of Europe’s leading tech start-up hubs. From Brussels-based fintech challengers to Amsterdam’s AI innovators, the Benelux tech scene is growing rapidly and isn’t afraid of challenging its neighbours. It is claimed that 99 per cent of start-ups are destined for failure because their innovations aren’t necessary, but these five companies have other ideas.

We’ve all heard the claims that robots are coming to take our jobs, but technology exists to make our jobs, and lives, easier – which is exactly what Belgian robotics company Pickit are doing. Leading the way in robot vision technology, Pickit’s offerings are set to revolutionise the supply chain and manufacturing processes. By unloading deliveries, picking and placing products and taking care of the assembly line, Pickit are epitomising automation by taking menial, repetitive tasks away from the human workforce.

As climate change continues to make headlines across the globe, many businesses are looking for ways they can tackle it. At the same time, more and more are undergoing digital transformation projects, including moving their storage solutions to the cloud. Dutch company Nerdalize are providing two solutions in one revolutionary product with affordable and sustainable cloud computing. Servers produce heat, so by placing them in houses they circumvent the cost of building enormous datacentres and can repurpose the energy created to power people’s homes.

Fintech has changed the finance industry for good. The ability to access financial services online has seen an average of 60 bank branches close every month in the UK over the past three years, while open banking has ignited competition within the industry. Belgian company The Glue are aiming to accelerate innovation within financial services, bringing traditional, heavily structured banking organisations up to speed with modern capabilities and possibilities.

Before the revolution of AI and machine learning, the images that were conjured up by the thought of robots were of mechanical humanoids – Welbo’s creation fits that bill. The Dutch company is focused on introducing social robots to the workplace in a bid to automate reception and administrative processes. By welcoming visitors, registering their attendance and handing over a visitor’s pass, their demonstrator robot Pepper has been gaining plenty of attention since first being trialled two years ago.

Crowned ‘most innovative international start-up of 2018’ at an event in San Francisco earlier this year, Antwerp company Rombit has quickly become a market-leading IoT developer. With the number of IoT connections set to reach 50 billion by 2022, Rombit’s offering aims to provide high-tech solutions to citizens, workers and businesses within city environments, enhacning efficiency within your current IT systems. Their platform has well and truly taken flight, and has since expanded to Singapore.