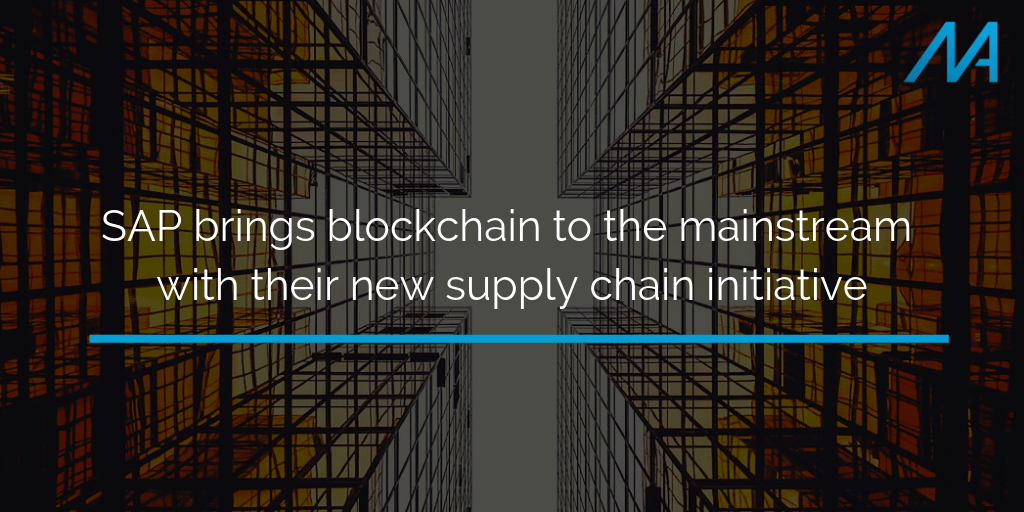 Blockchain is one of the most recent technological buzzwords; following terms such as AI, machine learning and IoT.

At this stage, almost every business is intrigued by the concept. Some are even beginning to look for the means to begin their own adoption process.

IoT is now present in almost every newly made security camera on the planet. Machine Learning is being used to stand for customer service agents in the form of chatbots. AI is even being used by cybersecurity companies in the form of heuristic virus detection.

Blockchain, however, is the new kid on the block. The real-life use cases for the technology have predominantly been linked to Bitcoin – a decentralised digital currency first started in 2009.

While business leaders have undoubtedly seen the extolled virtues of blockchain, the rise of the technology has been hampered by a lack of understanding as to what it can be used for. More recently, the technology took a hit from the crash of Bitcoin prices at the start of the year.

With this in mind, one of the world’s largest enterprise software corporations (SAP) integrating blockchain into its flagship supply chain packages is something of an upset.

So, what is blockchain, and how can it be used in business?

Blockchain is, at least in the initial sense, a digital record of cryptocurrency transactions – a form of accounting software called distributed ledger technology (DLT). While it can be accessed by various parties it is, most importantly, encrypted, verifiable and public.

The element of this accounting development that has caught the eye of business is its application in supply chains – a glint that SAP is monopolising on. Blockchain technology, in essence, allows for a greater level of transparency and traceability, which means that businesses can be absolutely sure as to where their products are coming from, where they are in the supply chain, and whether the product purchased is truly the product that is paid for.

In simple terms, it dramatically lowers risk where previously there was only trust and uncertainty.

In May 2018, SAP’s blockchain lead, Torsten Zube, revealed the company was applying blockchain to agricultural supply chains through its “Farm to Consumer” initiative. More recently at SAP’s SapphireNow 2018 conference, the company took a stand with its “intelligent enterprise” undertaking.

The organisation announced a new range of partnerships and products to “enable enterprises to become more intelligent, with expanded capabilities from advanced technologies such as conversational artificial intelligence, blockchain and analytics for use within its Leonardo package.

Speaking on the Blockchain integration strategy, Zube noted that: “Networking along the traditional lines of value chains will be replaced by sharing data governance, resources, processes and practices and lead to joint learning opportunities.

If enterprises can access the complete version of product history," he explained, "this could result in a shift from a central unilateral supplier-led production to a consumer demand-led supply organised by a consortium of peers.

Of particular interest, however, is SAP’s refusal to tie itself into any one blockchain provider early. Speaking on its blockchain service at the Sapphire conference, Gil Perez, Senior Vice President for Product and Innovation and Head of Digital Customer Initiatives at SAP, confirmed that blockchain technology is still being defined… noting that the company is not looking to commit until the market decides which way to go – minimising the impact on customers as the technology evolves.

With this in mind, there’s one thing that’s certain – Blockchain has joined IoT, machine learning and AI as concepts with a significant number of applications in the real world. With SAP now integrating it into its supply chain offering, the ledger service has taken the first step towards more widespread adoption.