HCM and the controversial patricide: SAP HCM vs. SuccessFactors 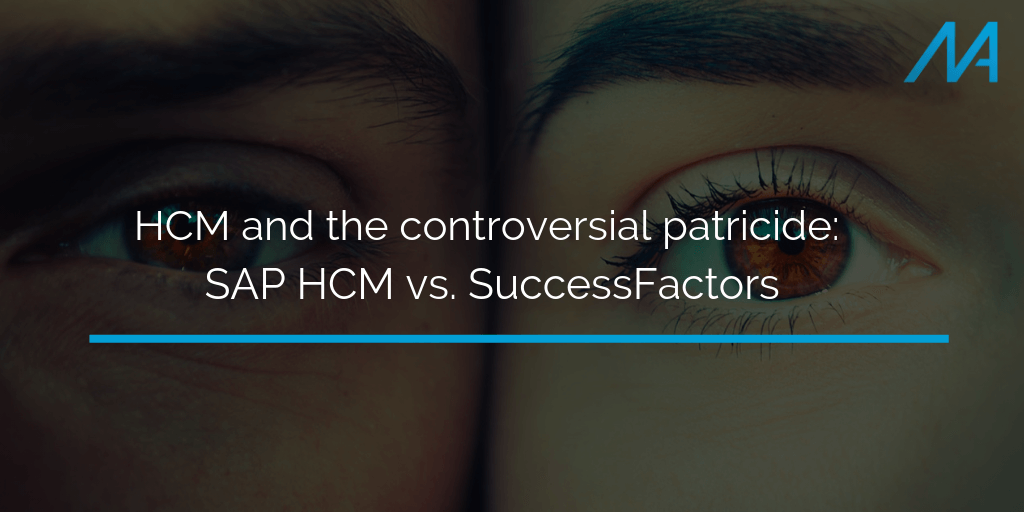 Wind back your clocks, if you would, to the heady days of 2011. Prince William had just married Kate Middleton, Steve Jobs died, and SAP purchased SuccessFactors in a $3.4bn deal to bolster SAP’s position in the cloud.

The purchase of the Human Capital Management (HCM) giant brought with it over 15 million subscription users from 3,500 customers in 168 countries and resulted in SuccessFactors being slightly rebranded – to “SuccessFactors – an SAP company”. Since the buyout, SuccessFactors (an SAP company) has largely been given free rein, with the original founder and CEO Lars Dalgaard leading the cloud business for SAP. The buyout, however, is believed by many to come at the detriment to SAP’s own native HCM.

Within areas of intense skills shortages - IT, manufacturing and tech sectors are prime examples - businesses are increasingly understanding that there is no revolving door of talent – the number of candidates on the market is finite. Once hired, it’s in their best interest to keep that employee for as long as possible – upskilling and grooming them for leadership to meet future requirements.

As such, it’s no real surprise that the demand for HCM solutions has taken off to this extent. HCM software is, in essence, a package that maximises employee performance. It’s been developed in response to the thought that people are the most valuable asset within a company… a realisation that was a long time coming.

Speaking in a blog post on SAP’s purchase of SuccessFactors, Jarret Pazahanick, an SAP HCM / SuccessFactors consultant, confirmed that “There has always been a delicate balance within the SAP HCM Consulting market and this shift to the cloud is going to have a huge impact for SAP HCM consultants. It will also disrupt many of the traditional consulting companies, which is why some have likened the current environment to the Wild West.

“While there will continue to be some small pockets of strength in the SAP HCM market, the combination of the product roadmap being squarely focused on SuccessFactors and the cloud, continued off-shoring, faster implementations (RDS) and competitive threats from Workday, who has won several large SAP HCM accounts in the past year, make it very likely the OnPremise SAP HCM consulting market is headed for a real slow down.”

Amidst recent news, Pazahanick could not have been more right… despite voicing confusion for SAP’s most recent decision. Indeed, SAP has now announced its new SAP ERP HCM strategy.

For German markets, which regularly top the records in terms of cloud-preparedness, the intent behind this decision can only be good news for the future. In a recent survey from the Business Software Alliance (BSA), Germany was scored 84 out of 100 with regards to its cybercrime legislation, ecommerce capacity and interoperability standards. With the ability to rapidly adopt and scale requirements around cloud solutions, this positions Germany far ahead of its nearest rivals – Japan and the USA – which scored 82.1% and 82% respectively.

For the future, businesses are increasingly looking to integrate their operations on cloud-based services… but with the advent of various regulatory challenges, in particular GDPR, solutions may come easier with the most recent OnPremise offerings.